Cheat Days Are Out. Re-Feed’s Are In.

If you’ve ever followed a diet, you’ve probably heard the term “cheat meal”. In fact, you probably spent most of your diet looking forward to it. Many times, people will spend all week trudging through a calorie deficit with their full focus being on the cheeseburger and french fires on Saturday that a magazine told them would actually help them burn fat faster. If this situation seems all too familiar, then you probably failed on that diet. That being said, when approached correctly, the occasional cheat meal can be very beneficial.

Before we discuss this meal any further, let’s stop calling it a “cheat meal”. You’re not cheating. You’re not a bad person or committing some sort of moral injustice. You’re either doing it because it can help or doing it because something’s not right with your current eating plan. For the purpose of this article let’s begin referring to this meal as a “re-feed” as I’m going to be outlining for you why it is exactly that and how you can use it to your advantage.

The problem with re-feeds (the meal formerly known as “cheat”) is that people tend to use them as an excuse to appease their food cravings, losing all structure from their typical eating plan and eating until their brain is satisfied. If your goal is weight loss, a single no-holds-barred meal can keep you from losing weight, even with a dedicated week before it.

If planned correctly though, a re-feed can improve fat loss and keep you on track. As you drop body fat, leptin, the hormone responsible for making you feel full also lowers. When this happens hunger levels rise, making the desire to binge much more profound. When done correctly, a well planned re-feed that still keeps you in a caloric deficit for the week can be used to increase leptin levels, helping you adhere to your diet without the urge to binge into a caloric surplus.

So, now that we know how a re-feed can help, let’s discuss some techniques to apply it.

That’s right. It should be earned. If your goal is weight loss and you’re not losing weight every 1-2 weeks then you’re not in a caloric deficit, plain and simple. Yes, there are some situations where it can be a result of water retention but I find this to be very rare. This also doesn’t mean the right answer is “eat less”. Sometimes you just need to move more. Either way, the point of a re-feed is to backload the glycogen stores that were kept low throughout the week and create an increase in calories for the day. Even with your re-feed day being higher calorie than the other days of the week your daily average should still be in a caloric deficit if weight loss is your goal.

Going to a buffet with a YOLO approach is setting yourself up for disaster. You need to plan it. I’ve personally found that weekends, social events, and holiday’s are the ideal times. If you don’t plan ahead, you’re much more likely to have re-feds much more often than needed. If you know exactly where you’re going and what will be available it’s also a great idea to decide ahead of time just exactly what it is you plan to eat and drink. Don’t show up without a plan and let your eyes decide for you on the spot. It’s also a good idea to plan it on the day of your toughest workout of the week or at minimum, make sure it’s not a rest day. This will help create a caloric buffer for the day since you know you’re burning more calories than normal.

If your goal is weight loss and the weight isn’t flying off regularly, you don’t need a weekly re-feed. My typical strategy is to begin applying re-feeds when bio-feedback such as fatigue, flat muscles, or prolonged soreness become an issue. I will start with 1 re-feed every two weeks and if progress continues start moving this to a more regular schedule. If your goal is to simply maintain weight or focus on performance, a slight caloric deficit can be used throughout the week in conjunction with multiple re-feeds per week to bring total weekly calories to a maintenance level.

As previously discussed, the idea of a re-feed is to apply a slight caloric surplus and increase leptin levels. The best way to do this is by increasing your carbohydrates while keeping your dietary fat low for the day. Think sushi > cheeseburgers, pasta with red sauce > pasta with cheese sauce, authentic meat and bean tacos without cheese > loaded nachos.

It’s easier to know when you’ve had enough and reached fullness when you take your time and eat mindfully. Slow down and enjoy the meal. After all you’ve probably been looking forward to it all week.

These re-feed meals, especially if eaten at a restaurant are higher in sodium. When sodium intake is drastically increased, the body’s antidiuretic hormones such as aldosterone function improperly and can leave you bloated. This will continue until blood volume is restored by increased water intake. To get ahead of the issue, start increasing your water intake the day of your re-feed and keep it higher and steady throughout the day.

Just because it’s not a typical meal you’d eat throughout the week doesn’t mean it should be poor quality. Try to choose items that still contain a variety of micronutrients. Look for a wide variety of color. One day to ensure this is to make the meal yourself if possible. For instance, a homemade burger with purple cabbage and red onion slaw with a side of homemade sweet potato fried will go a lot further than a McDouble with french fries.

Remember, there is no such thing as a “cheat meal”. You didn’t break some ethical code of conduct and if done correctly following the methods above it is only going to help you towards your goals. If the re-feed becomes a re-feed day or week however, you’re very likely to lose some of your hard earned results and fall into a chain of setbacks. Eat it, enjoy it, don’t regret it, and move on.

Instead of completely forgoing your regular diet for a day of binging, set yourself up for success with a properly executed re-feed. If your weight loss has plateaued despite your consistent adherence to the plan, a re-feed may be the tool needed to jump start your progress. Utilizing this method can greatly improve overall plan adherence, ensuring long term consistency and success. 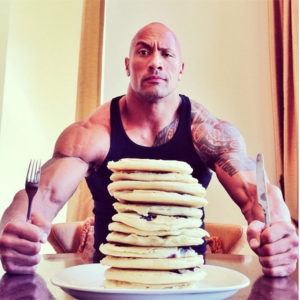 Cheat Days Are Out. Re-Feed’s Are In.

If you’ve ever followed a diet, you’ve probably heard the term “cheat meal”. In fact, you probably spent most of …
Read More 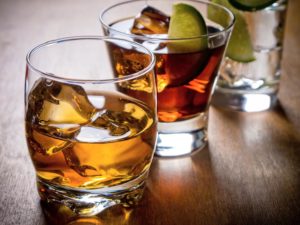 How to Count Alcohol in Your Macros

“Can I have a drink or two on the weekends and still lose weight?” is a question I get from …
Read More 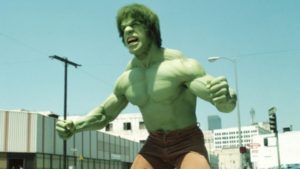